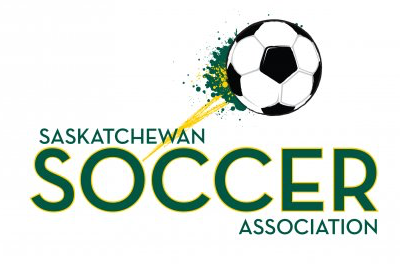 Competition in the early stages of LTPD

One element of Long-Term Player Development (LTPD) that frequently stirs controversy is the recommendation to eliminate league standings below U13. The controversy arises from the popular claim that standings, as well as league championships and trophies at these early ages, are essential to motivating young players to “compete”.

The elimination of standings in children’s leagues is not intended to reduce the intensity of competition among players in a game situation. LTPD recognizes that playing with competitive commitment and intensity is necessary to advance player development in ball technique, decision making, mental concentration, and other skills and capacities.

However, experience shows us that young children will compete even in the absence of league standings. All young players understand that soccer is a game for scoring goals and “winning.” Simple observation of children’s soccer around the world shows that the absence of a trophy or league title does nothing to diminish each player’s desire to compete each time they step onto the soccer pitch for a match.

The important difference is that the elimination of standings below U13 diminishes the incentive for coaches at these levels to play to “win the league” because they are chasing a trophy and a league title at the end of the season. It also reduces pressure from parents to win, to perform, and to avoid mistakes.

Why is this distinction important?

When coaches in children’s leagues chase trophies and titles, and when parents criticize and pressure their children, poor player development is the most frequent result. Coaches tend to play only their strongest players, leave their “weak” players on the bench, specialize players in positions prematurely, use game tactics aimed solely at guaranteeing a win (e.g. kicking the ball down the field, not trying to create controlled buildup), and promoting a general attitude of “don’t take chances - don’t experiment with your skills or decisions - just play safe by kicking the ball far and away.”

These problems are more easily addressed in the absence of league standings. Coaches of children’s teams are easily able to justify equal playing time for all players, experiment with positions and field alignments, and promote a general willingness among players to try their skills in a game setting without being preoccupied with failing their teammates and the overall effort to “win the league.”

When standings are eliminated in children’s soccer below U13, games are still won and lost, and competition still takes place among the players. However, it is now far easier for coaches to pursue a broad-based approach to player development rather than a narrow view of “we must win three points today or we cannot challenge for the league title.”

In this light, it should be clear that competition remains at the centre of the LTPD approach. Less skilled players are assured more playing time in a competitive environment so they can develop their competition skills, and all players gain experience in a variety of positions. Most importantly, and far more subtly, all players are encouraged to practice and experiment with their skills in a competitive environment without fear of making a mistake that could cost a league result.

Measured in the context of the physiological, emotional and mental developments that take place during childhood, it is essential that players be permitted and even encouraged to make mistakes. This is the only way they can achieve the practice required to refine their ball control and decision-making skills in a competitive setting.

Some coaches will always want to win at all costs, regardless of whether or not there are league standings. This is an unfortunate reality of community children’s sport. However, the LTPD approach to competition below U13 provides the best overall incentive for coaches and players to focus on broad-based player development instead of a “win at all costs” approach.

Manage your identity from the palm of your hand to the top of your desk.